Ep 166: Keeping Your Running Motivation: Running Challenge Ideas with Vanessa Kerner – Fit Armadillo
YOU deserve the freedom to tone up on YOUR terms! Sign up to start enjoying LIVE 1-on-1 fitness sessions TODAY  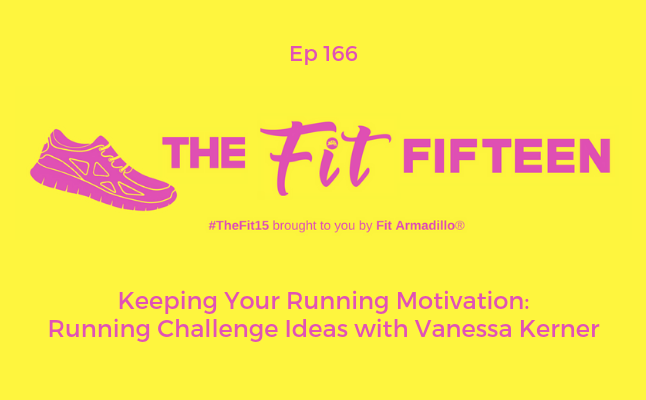 Yesterday, Vanessa Kerner stopped by to share her running journey and why she started running marathons. Today, she shares more tips from her marathon journey. She also discusses some of the ways she stays motivated to complete her running workouts. Whether you are running the LA Marathon this weekend and want to get re-inspired by another Los Angeles area runner or you are looking for some running challenge ideas to mix up your own routine, you'll enjoy hearing from Vanessa. Not a runner yet? Vanessa should also ease some of your concerns about getting started on your own running journey even if your current goal is to complete a 5K or 42K. Vanessa is a 46-year-old mother of 4. She was born in London and lived in New York City for six years with her husband, who is from there. They moved to London for 5 years in 2002 and then in 2007 moved with the family to Los Angeles. She experimented with running in 2003 but stopped after a short while. She started again in 2009 when she decided to run the LA

Marathon that year and in 2011 ran it again. After a few years dabbling in the sprint triathlon arena, Vanessa switched backed to marathoning and started training properly by following plans which led to personal bests and the notion that she could get a sub-4 and perhaps eventually a Boston Qualifying time. For Vanessa 2017 became the year of challenges - to run a half marathon every month, to run at least mile a day and to run the year in miles. All of which she accomplished. Then 2018 was a slower year, other than the number of half marathons she has run, and while that elusive BQ is still out there, the run streak continues as does her love of running.