Ep 137: Run It Off’s Vanessa Shares her Running Journey – Fit Armadillo
YOU deserve the freedom to tone up on YOUR terms! Sign up to start enjoying LIVE 1-on-1 fitness sessions TODAY  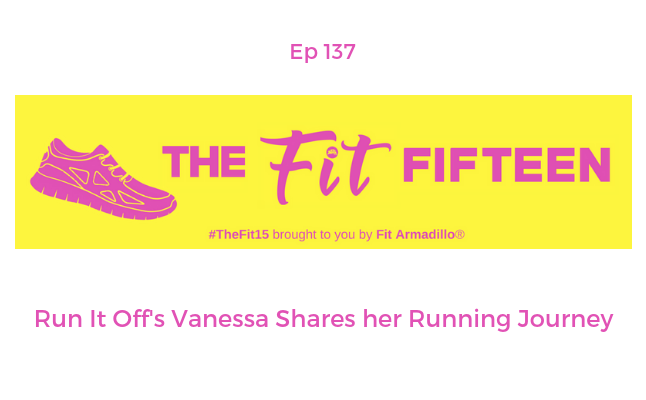 ​Five years ago, Vanessa dreaded running. She was an avid soccer player who only ran to stay in shape for the sport. But three knee surgeries later (two ACL repairs and one meniscal repair - all on the same knee!) her doctor told her she could not play soccer anymore. So she started running. After signing up for a half marathon and beginning her training she found she was hungry all the time. She began exploring restaurants in New York City with her foodie friends, but soon realized she was eating more calories than she was running off. Thus, Run It Off, her Instagram account and blog were born. Vanessa shares her running journey that's taken her around the world. She's completed 11 marathons all over the world including the Boston Marathon to The Great Wall of China Marathon. Tune in to get inspired to run, travel, and enjoy delicious foods along the way. Running was not always Vanessa's favorite past time.  In fact, it was quite the opposite.  She dreaded it! Back in high school and college, she was an avid soccer player, and only ran to keep in shape for soccer.  Well, three knee surgeries later (two ACL repairs and one meniscal repair - all on the same knee!) her doctor finally told her she could not play soccer anymore.  In fact, he said she

really should refrain from participating in physical exercise that involved any lateral movement because her knee was so worn down, she was at an extremely high risk of tearing something again.

Once Vanessa accepted the very heart-breaking fact that she could no longer play soccer, and after months of physical therapy, she began to run to get back into shape.  Fast forward a few years later while she was living in New York City, she signed up for her first half marathon and began training.  Once she began consistently training for this race, she realized she was constantly hungry. So, she began to explore the hot new restaurants with some of her 'foodie' friends (aka people who photograph food for restaurants).  Once she began visiting these events, her caloric intake increased drastically.  Unlike some people who had will power and would stop after a few bites, she would clean her plate. She knew if she wanted to keep in shape, and continue to eat all these new foods she was discovering, then she was going to have to increase my milage.

Needless to say, it was at this point that #RunItOff was born, and the rest is history.

So today, after three surgeries, countless cities and meals, Run It Off is not only Vanessa's hobby, but her passion and lifestyle.