172: Aqua Jogging to a PR – Fit Armadillo
YOU deserve the freedom to tone up on YOUR terms! Sign up to start enjoying LIVE 1-on-1 fitness sessions TODAY  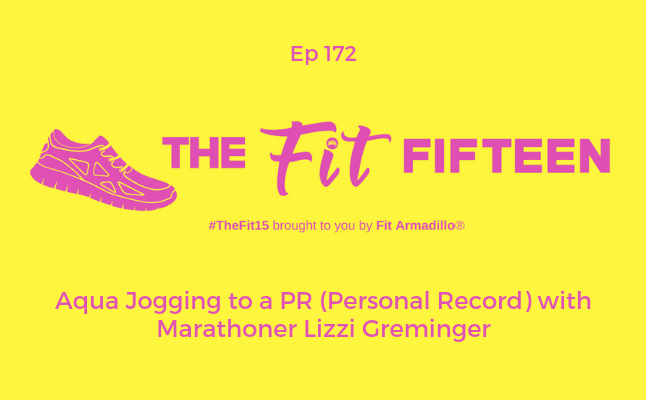 Aqua Jogging to a PR with Marathoner Lizzi

Dealing with a running injury? Marathoner Lizzi is here to lift your spirits and tell you about her secret weapon for coming back strong after a running injury: aqua jogging! After dropping out of the Philadelphia Marathon due to a stress reaction in her tibia, Lizzi started aqua jogging to retain her fitness through the winter. Her motivation? She had already signed up for both the Boston and London Marathons that spring. The result? Lizzi was able to complete the Boston Marathon and the London Marathon last April (yes, they are only one week apart) and get a PR (personal record) when she raced her next marathon that fall. As you can imagine, she's now quite the aqua jogging advocate. In fact, Lizzi still dons her aqua jogging belt once a week to cross train. If this episode doesn't make you want to give the sport of aqua jogging a try, we'll just enjoy the extra space in the pool for you. ​ Elizabeth lives in beautiful Tampa, Florida with her husband and her obsession, her mini labradoodle Albus G. Dumbledog. She works as a lawyer - she always jokes that she started running in law school as an acceptable way to avoid the library and then just kept going. She has completed 14 marathons and who knows how many shorter races - but 26.2 is her true love. She's qualified for and run Boston three times, but she's also had plenty of disastrous races mixed in there too and run some just for fun, so she's covered the spectrum as far as marathoning is concerned. In addition to running, she loves grabbing a good glass of sauvignon blanc with her gals, binge watching basically anything on Bravo, and trying to see as much of the world as she can with her husband!

Becoming a Marathoner with Courtney Poullas

Giving Back Through Running: Raising $25,000 for Charity with Dave Bloomquist